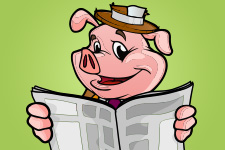 Meet the most winning member at Lotto24

Say hello to Leif, from Denmark, who most recently won $20 playing Casanova Lotto. Leif has previously won $250 playing Cozy Lotto and has also enjoyed playing Farmer Lotto and Volcano Lotto. He has won a whopping 7 times playing lotto with us and is the most winning member in Lotto24’s history. Big congratulations to Leif and best of luck to all of you!

Lotto24 is excited to announce the launch of a new puzzle called “Robbery Puzzle”. This game is all about solving the weekly puzzle the most times. The difficulty increases each time the puzzle is solved within 2 minutes. Could you be the next lucky winner of Robbery Puzzle? Check it out!

We are happy to introduce a new and exciting game at Lotto24…Jungle Scratch! This is Lotto24’s first ever scratch game and it’s already on its way to becoming one of the most popular. With Jungle Scratch, you have the opportunity to win pig coins, lotto games, scratch games, and more! If you want to be the next lucky winner, click the link to play!

Shop and pick out your own gift or prize with the new pig coins!

We are very pleased to announce the launch of “pig coins” at Lotto24, our very own currency! In connection with the pig coins, we’ve created our very own online shop. You can earn coins every day and use them in the new Lotto24 Shop to pick out your own prize or buy whatever your heart desires. What a great concept!

Anne N., from Hasselager Denmark, only managed to play the lotto for 2 minutes on an otherwise average Sunday before her computer screen lit up with the news that she had won the jackpot. "I had almost given up after I had played a few games and this is despite the fact that I had actually already won £1,080 at Lotto24 previously. I must admit that it was fortunate timing because I currently live on government student assistance, so the money couldn't come at a better time." For Søren, it wasn't the first time. "Now it's not the first time that I've won because I've played since 2001", says Søren E. from Vanlose, Denmark. "I was very pleased when it dawned on me that I had won. It's the only game I've won anything significant in and I think it's good relaxation after work, especially when you win!"

It’s with great pleasure that we introduce our newest in the list of FREE games, Volcano Lotto. In Volcano Lotto you can win pig coins and the Jackpot grows bigger each day until there is a winner, the same as Jackpot Lotto. Thus there is no limit to how much money you can win and later use in the Shop.

Congratulations to Erik Jakobsen from Nyborg in Denmark, who was the latest lucky winner of DKK 3.000,- in Farmer Lotto. Great job Erik! We wish all of you continued luck at Lotto24!

The Lucky Pig on TV

We are proud to present our first commercial for Lotto24.dk. As part of a major national advertising campaign, now all of Denmark knows where they can find the cheapest (free) and easiest way to win cash and prizes tax-free. We hope you like our little commercial and would be delighted to get any comments you may have. Best of luck to you all! Regards, Lotto24 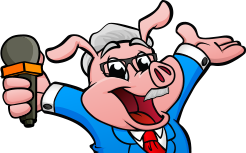 No reason to panic.

You can quickly and easily have it sent to you by e-mail. Enter your e-mail address and within a short time you will receive an e-mail containing your password.

Take a shortcut to thousands of extra chances to win. Save up to 50% today.